Rabinowitz Music Studio
Please contact teachers directly to set up private lessons!  Call the studio if you have any questions.
Jennifer Fisher
Flute, Voice, and Piano
Jennifer Fisher, an accomplished musician and educator, was born, raised and educated in Pittsburgh, Pennsylvania. She started playing the flute and singing at the age of eight. At the age of 16, she toured as a flutist and vocalist with the Continental Singers and Orchestra performing over 100 concerts in just three short months. Returning from tour, Ms. Fisher was chosen as a feature flute recording artist with the label Integrity Music. Upon graduation from high school, Ms. Fisher went on to obtain her Bachelor’s Degree in Music Education from Slippery Rock University and Masters of Arts in Music Performance from Carnegie Mellon University. During her career in Pittsburgh, Jennifer started her own private music studio in Wexford, PA teaching in the areas of woodwinds, voice, and piano. In addition, Ms. Fisher developed a middle/high school flute choir which has toured all over the country. Ms. Fisher has performed and conducted with her flute choir in such places as The White House, Carnegie Hall, The National Cathedral, St. Patrick’s Cathedral, Heinz Hall, the Benedum Center, WQED Radio, and KDKA TV. Ms. Fisher performed as a flutist with The Pittsbugh Symphony under the direction of Marvin Hamlisch and guest conductor John Williams. Upon relocation to Beaufort, South Carolina in 2005, Ms. Fisher assisted as Woodwind Instructor for the Hilton Head Youth Symphony and taught for the Beaufort County School District as a Master Music Teacher. Currently, she is a Music Specialist for the Beaufort County School District, performs on flute/piccolo with the Beaufort Symphony Orchestra, and instructs in Beaufort here at the studio on Mondays, Wednesdays, and Thursdays. Ms. Fisher has a natural gift with finding raw talent and making them amazing! She will take on vocalists and instrumentalists of all ages.
Phone: 724-826-0318
Email: Perkyjenna@aol.com 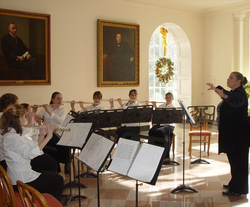 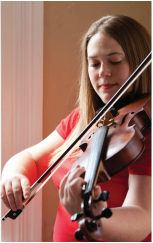 Ami Rabinowitz has been ﻿studying the viola for over 20 years, starting in Columbia, South Carolina at USC Strings Project. Since then, she studied at the South Carolina Governor's School for the Arts and Humanities for High School and the Hartt School of Music. She is certified in the Suzu﻿ki M﻿ethod for violin and viola, O'Connor Method books 1, 2, 3, and beyond as well as Musikgarten for babies a﻿nd toddlers. Ami has started strings programs at Bridges Preparatory School, Beaufort Montessori, May River Montessori, Riverview Charter School, and Lowcountry Montessori School. She plays with the Beaufort Symphony and Hilton Head Choral Society, as well as the professional performing strings ensemble, the Lowcountry Strings. Ami has also served as a judge for All-State and Regional Orchestras, as well as running viola sectionals at state festivals. 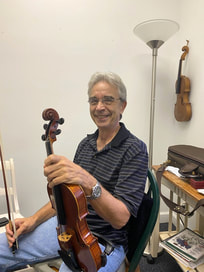 John Wiley, violinist and teacher, has a BA degree from Franklin and Marshall College in Lancaster, Pennsylvania, and attended Westminster Choir College in Princeton, New Jersey. He began his violin and voice studies in Portland, Oregon. He received the Jacques Gershkovitch Award for Most Improved Member of the Portland Youth Philharmonic one year after joining the orchestra as its youngest member at age 14. John has had the good fortune to perform with many fine musical organizations, including the Philadelphia Orchestra, Westminster Choir, U. S. Air Force Singing Sergeants, Berkshire Boys’ Choir, Washington National Cathedral Choir, New York Philharmonic, Harrisburg Symphony Orchestra, York Symphony, Harrisburg Opera Orchestra, Long Bay Symphony Orchestra, Charleston Symphony Orchestra, and many others. He has served as concertmaster of the Shippensburg University Orchestra, and as Associate Concertmaster of the Lancaster and Beaufort Symphony Orchestras. John has an avid interest in violins and has attended the Chicago School of Violin Making. John regularly finds himself working with his wife, Pam, editing and proofing music and copy for the O’Connor Method teaching materials. He is a teacher and free-lance violinist in the greater Charleston, Beaufort and Hilton Head areas of South Carolina.